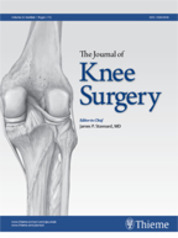 The study has been awarded Best Poster Award MMC 2011 (see Archives: March 4th, 2011). Out of a consecutive series, 50 conventional TKA were compared with 50 computer assisted TKA.. Except for the use of CAS, all peri- and postoperative interventions were comparable. Radiological outcome was analyzed on standardized standing long-leg radiographs. Functional outcome was assessed using the Oxford Knee Score (OKS) and the Knee Society Score (KSS).
No significant difference in mean mechanical axis alignment between the two groups was found. The number of outliers deviating more than 3° from the mechanical axis was significantly reduced by using CAS, with 50% outliers in the conventional group and 26% outliers in the CAS group (P=0.023). At mid term follow-up, the OKS and KSS knee and function scores did not show statistical difference between the two groups.

This study has been presented at the ESSKA 2012 Congress (Geneva, Switzerland) and ISAKOS 2013 Congress (Toronto, Canada).