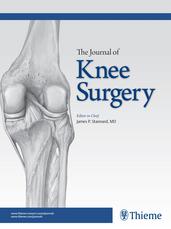 Preoperative planning in total knee arthroplasty with intramedullary guiding systems requires the measurement of the femoral mechanical–anatomical angle (FMAA) for optimal alignment correction. The main goal of this study was to assess the agreement between two digital FMAA measurements and the analog FMAA measurement. Overall 41 anteroposterior weight-bearing hip-to-ankle radiographs of patients undergoing total knee arthroplasty were used for the measurements of the FMAA. The analog method (gold standard, GS) was compared with two new digital methods (DIG1 and DIG2) using intraclass correlation (ICC) and Bland–Altman plots, measured by three blinded raters. The ICC for measurements of the FMAA comparing the GS and DIG1 was 0.48 (95% confidence interval [CI] 0.20–0.68), and 0.53 (95% CI 0.26–0.73) for comparing GS and DIG2. The ICC between raters for DIG1 was 0.79 (95% CI 0.68–0.88) and 0.88 (95% CI 0.80–0.93) for DIG2. Bland–Altman plots showed a mean difference between the GS and DIG1 of −0.44 degrees, with 95% limits of agreement from 1.21 to −2.09 degrees. The mean difference between the GS and DIG2 was −0.68 degrees with 95% limits of agreement from 0.99 to −2.35 degrees. It was concluded that the digital FMAA measurement is less reliable than analog measurement in total knee arthroplasty.

The study has been presented at Wetenschapdag Máxima Medical Center on March 21, 2013 (Eindhoven/Veldhoven, The Netherlands). The article is accepted for publication in Journal of Knee Surgery in May 2014.