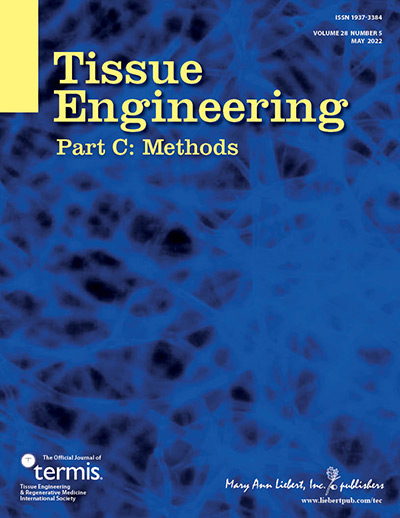 Integration of an implant with the surrounding tissue is a major challenge in cartilage regeneration. It is usually assessed with in vivo animal studies at the end-stage of implant development. To reduce animal experimentation and at the same time increase screening throughput and speed up implant development, this study examined whether integration of allogeneic cell-based implants with the surrounding native cartilage could be demonstrated in an ex vivo human osteochondral culture model. Chondrocytes were isolated from smooth cartilage tissue of fresh human tibial plateaus and condyles. They were expanded for 12 days either in three-dimensional spinner flask cultures to generate organoids, or in two-dimensional culture flasks for standard cell expansion. Three implant groups were created (fibrin+organoids, fibrin+cells, and fibrin only) and used to fill a Ø 6 mm full-depth chondral defect created in human osteochondral explants (Ø 10 mm, bone length cut to 4 mm) harvested from a second set of fresh human tibial plateaus. Explants were cultured for 1 or 28 days in a double-chamber culture platform. Histology showed that after 28 days the organoids on the interface of the defect remodeled and merged, and cells migrated through the fibrin glue bridging the space between the organoids and between the organoids and the native cartilage. For both conditions, newly formed tissue rich in proteoglycans and collagen type II was present mainly on the edges and in the corners of the defect. In these matrix-rich areas, cells resided in lacunae and the newly formed tissue integrated with the surrounding native cartilage. Biochemical analysis revealed a statistically significant effect of culture time on glycosaminoglycan (GAG) content, and showed a higher hydroxyproline (HYP) content for organoid-filled implants compared with cell-filled implants at both timepoints. This ex vivo human osteochondral culture system provides possibilities for exploration and identification of promising implant strategies based on evaluation of integration and matrix production under more controlled experimental conditions than possible in vivo.