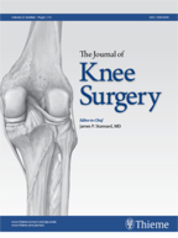 The Pellegrini-Stieda lesion of the knee: an anatomical and radiological review

The Pellegrini-Stieda lesion is a calcification on the medial side of the knee. The origin of this tissue is controversial. The purpose of our study is to investigate the origin of the Pellegrini-Stieda lesion using conventional radiography as to recreate the circumstances in which Pellegrini and Stieda had to study this pathology. Six nonpaired fresh-frozen cadaveric knees were used. A surgical approach to the medial side of the knee was performed using the layered approach. The origin of the gastrocnemius muscle (GM) (n = 3) or the superficial medial collateral ligament (sMCL) (n = 3) were marked with a radio-opaque fluid. X-ray analysis was performed by measuring the distance from the proximal part of the marking to the medial tibial plateau, multilayer views, and comparison to the original X-rays by Pellegrini-Stieda. Two out of three markings in both the GM and sMCL group were matched with the correct structure. The images were digitally processed so that the osseous structures became partly transparent. After overlaying the images, we found a random distribution of the markings. The Stieda/GM group had no overlap of the markings at all. Compared with the original images from the publications by Pellegrini and Stieda, no comparable position could be found between the original lesions and the markings in our specimens. Conventional X-ray of the knee could not reproduce a distinction between the sMCL and GM as origins for the Pellegrini-Stieda lesion as suggested by Pellegrini and Stieda.