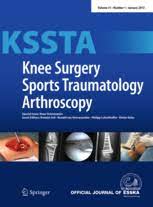 Purpose The purpose of this study was to assess in which proportion of patients with degenerative knee disease aged 50+ in whom a knee arthroscopy is performed, no valid surgical indication is reported in medical records, and to explore pos- sible explanatory factors.

Methods A retrospective study was conducted using administrative data from January to December 2016 in 13 orthopedic centers in the Netherlands. Medical records were selected from a random sample of 538 patients aged 50+ with degenerative knee disease in whom arthroscopy was performed, and reviewed on reported indications for the performed knee arthroscopy. Valid surgical indications were predefined based on clinical national guidelines and expert opinion (e.g., truly locked knee). A knee arthroscopy without a reported valid indication was considered potentially low value care. Multivariate logistic regression analysis was performed to assess whether age, diagnosis (“Arthrosis” versus “Meniscal lesion”), and type of care trajectory (initial or follow-up) were associated with performing a potentially low value knee arthroscopy.